On Thursday, March 5, 2020 at 6:00 pm the Seattle/Perugia Sister City Association is hosting an Italian movie, lecture and dinner. Professor Antonio Iannotta will be the lecturer. He was the lecturer at the 2018 Italian film showing as well. Dr. Iannotta was born, raised and educated in Italy. Currently, he is an Adjunct Associate Professor of Italian at the University of San Diego and the Artistic Director of the San Diego Italian Film Festival.
The film chosen for the evening is Sedotta e Abbondanata. Before watching Sedotta e Abbandonata Dr. Iannotta will give a short lecture on Commedia all’italiana and the film’s director Pietro Germi. Briefly, Sedotta e Abbondanata is an Italian comedy about a love affair and how a father tries to remedy the family’s honor. 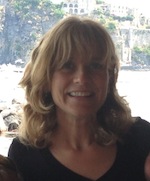