When: February 12, 2020
Speaker: Prof. Lloyd Howard
Topic: The Power of Music on the Shore of Dante’s Purgatory

Lloyd Howard received his PhD from the Johns Hopkins University in 1976, after which, the subsequent year, he was appointed to a tenure-track position at the University of Victoria, where he taught until his retirement at the rank of Professor in 2016.  Along with teaching in the Department over 39 years, he served as Chair of the Department of Hispanic and Italian Studies for a total of 15 years, Acting Dean of the Faculty of Humanities for six-month terms in 1997 and 2000, and Director of the Medieval Studies Program for 3 years.  His research focussed initially on the extant poetry of Guido Cavalcanti, before turning to Dante’s Commedia.  His approach to interpreting this work follows an alternate, non-linear journey through Dante’s three realms of the afterlife.  The signposts that mark the way consist of recurrent linguistic patterns, or formulas, by which the reader is guided through the space that comprises the poem’s 100 cantos.  Along with numerous articles, he has written two books adopting this method: Formulas of Repetition in Dante’s Commedia: Signposted Journeys across Textual Space (Montreal: McGill-Queen’s University Press, 2001); Virgil the Blind Guide: Marking the Way through the Divine Comedy (Montreal: McGill-Queen’s University Press, 2010).  Scholarly recognition of his methodology includes the former book being chosen as an “Outstanding Title” for 2002 by the American Library Association, and one of its chapters being selected by Harold Bloom to form part of Bloom’s edition on the Commedia: Dante Alighieri, published in 2011.  His articles in more recent years have been published by Letteratura Italiana Antica in Rome.

Professor Howard will begin his talk with a brief description of Dante’s world and how the Commedia was transmitted both in written form and orally by singing Dante’s text. He will then turn to the second canto of the Purgatorio, where Dante introduces the soul of the musician, Casella, who, while living, sang Dante’s love poems. He will explore how Casella’s “encore” performance of Dante’s song, “Amor che ne la mente mi ragiona,” goes wrong, as opposed to the Psalm “In exitu Israel de Aegypto,”sung in tonus peregrinus by all the delivered pilgrim souls earlier.  Lastly, Professor Howard will discuss the Paradiso where, by flight through the music enhanced spheres, Dante, a famed writer of worldly love songs, reaches the Celestial Rose and, in contrast to when his attention was focused on unworthy loves, the once straying poet fixes his attentive eyes upward to the Virgin Mary, whose intercession brings Dante the pilgrim home to God.

Francesca is an Italian native, born in Cremona, northern Italy. She holds a laurea in Biology from the University of Padua and Masters of Biology from Eastern Michigan University. She left Italy in 1994 and has lived in New Zealand and the United States. She has a passion for teaching her native language, as a way of maintaining and exploring the Italian language and culture with different eyes. She has taught privately and in many institutions to students of different proficiency levels groups. Francesca is interested in literature, art and design, and in her free time, she likes reading, cooking, and making jewelry and ceramics.

Damiano is a native of a small town in the Northern Italy countryside, about 17 miles away from Padua, a city famous among other things for its university, the fifth-oldest surviving in the world. He received his B.A. and M.A. Cum Laude in Japanese language and culture from Ca’ Foscari University of Venice, while specializing in linguistics and translation. He lived in Japan for three and a half years, where he continued his studies and his sociolinguistic research on (im)politeness in language. While in Japan, he also started working as an Italian teacher, discovering his passion for conveying the beauty of the Italian language and culture abroad.

Roberta was born in Salerno a city located in the region of Campania in Southern Italy where in the ninth century flourished the renowned Schola Medica Salernitana; the forerunner of the modern university medical schools.  She holds a Master’s Degree in Economics and Management for Arts, Culture, Media and Entertainment from the Luigi Bocconi University, and a Master’s Degree in Piano from the Giuseppe Verdi Conservatory of Music in Milan.  Roberta has been working in the field of arts management since 2008. She has served as a project manager, fundraiser and arts administrator in high-profile nonprofit organizations and music festivals in Italy.  She has taught music and Italian language in middle schools, and has held lectures in performing arts management as a teaching assistant at the University of Milan and at the Accademia del Teatro alla Scala.  She has performed many solo and chamber music recitals across Italy.  Roberta moved to Seattle from Italy in 2018, and in March 2019 she started working with Greenpeace U.S.A. as a fundraiser.  She loves classical music, visual arts, reading, traveling, hiking and of course teaching Italian. 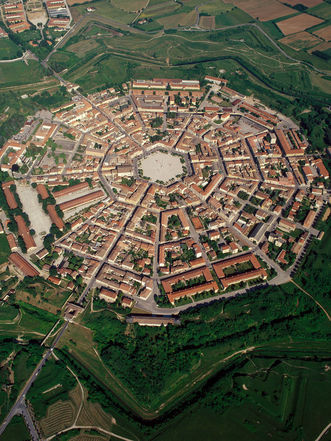